The Al-chemia Remedies are flower and sacred sites remedies made in Egypt, a very ancient place vibrating with ancient wisdom through the voice of our teachers, the flowers. They speak and translate into form the vibrations and wisdom present around us. Flowers are the symbol of Divine unfolding into manifestation. A seed is planted and grows to its highest most beautiful potential, and then blossoms into a flower, absolute beauty, divinity in physical form. By capturing their energy in the matrix of water we can use it for our own conscious evolution, to activate our 'sleeping' DNA and break old and ancient patterns, to become whole, to unfold and blossom into our highest potential fully alive on every level of existence.

In this course you will begin with the basics, the understanding of energy, vibration, water and how remedies work. We will then build on this base and study the flowers, and the remedies themselves. We will learn how to choose a suitable remedy, make a preparation, methods of application and finally bring to consciousness the action of the remedy through evaluation. Students will first work with the remedies on themselves, to have personal experience of their action and then be asked to do case studies using volunteers in order to see the action of the remedies in different situations. By the end of this course students will be able to assist clients in their journey of spiritual evolution using the Al-chemia Remedies.

This is a 12-module course. Each module includes a lecture or presentation (approximately 1 hour) and homework assignments. The instructor also offers experiential exercises using the remedies. The course typically takes 6-12 months to complete. Upon successful completion of the course work and case studies the instructor will issue a certificate to the student as an Al-chemia Remedies Practitioner. 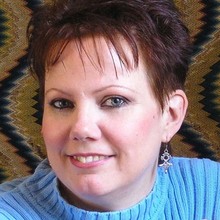 Leslie Zehr is a sacred arts teacher, workshop leader, mentor, and author, who, for more than 30 years, has supported women to reconnect to the Divine Feminine within through the mysteries of ancient Egypt. Born in Peru and educated in the United States, Leslie followed a calling to "return" to Egypt in 1986 to learn about and experience the ancient mysteries. In 2002, after an initiation experience at Dendera Temple in Luxor, she received and developed the Universal Dancer, a simple but profound method of Sacred Dance that works with sacred geometry, primordial energies, waves, and the chakras to unlock intuition, vitality, and creativity. A trained hypnotherapist, reiki master, astrologer, aromatherapist, and homeopath, Leslie is the author of two books –The Alchemy of Dance: Sacred Dance as a Path to the Universal Dancer, which has been translated into Spanish; and The Al-chemia Remedies: Vibrational Essences from Egyptian Flowers and Sacred Sites – as well as a CD entitled "Navel Portal Activation and Guided Visualizations." In Cairo, Leslie founded and ran The Centre for Health and Well-being, which later became The Centre for Sacred Arts, a modern-day temple for learning and creativity honoring the Goddess Hat-Hor. Her lectures and workshops in Sacred Dance and the Al-chemia Remedies have taken her from Cairo, ancient Egyptian temples, and archaeological sites along the Nile River to studios and centers in New York, Maine, Maryland, Arizona, Washington, and Puerto Rico.
Get started now